Help others be #InspiredbyYB! DONATE today.

Since 1992, YouthBuild Philly has fostered a supportive environment focused on personal development for young people, anchored by a commitment to community. Through large group efforts to individual projects – and all sizes and forms in between – nearly 3,000 young people have completed over one million hours of community service across Philadelphia. Beyond their year of service at YouthBuild, hundreds of our graduates have been inspired by their experiences at YouthBuild to continue to make change in their communities – hence this year’s campaign theme, #InspiredbyYB.

In any given year, more than half of YouthBuild Philly applicants discover the school from a family member or friend who is attending or has previously attended. This amounts to over 100 students every year inspiring those closest to them to change their lives.

This inspiration also shines brightly in young people committed to social change, including the dozens of YouthBuild students and alumni who took to the streets this summer and fall to protest against inequity and injustice in their communities and around the country.

Young people can also provide inspiration by using their talents to create impact across their communities, such as the two young artists featured in this brochure – Alex (Class of 2012) and Roland (Class of 2017). Across various media, these artists have spread messages of love and hope not only in their own recorded work, but also in their actions. Alex (aka Arekusn)’s work has been featured in various galleries throughout the Philadelphia area, as well as welcomed visitors to Philadelphia with a display at Philadelphia International Airport. Roland (aka Rated R) has found success as a performer, writer and producer, playing dozens of concerts at some of Philadelphia’s most well-known venues – but is proudest of his work as a studio owner and engineer, mentoring many up-and-coming artists from across the city. When asked to reflect on the experiences that led them to their current success, both pointed to the community at YouthBuild as inspiring their creative passions. Alex and Roland are just two examples of past, current and future YouthBuild students to be #inspiredbyYB. 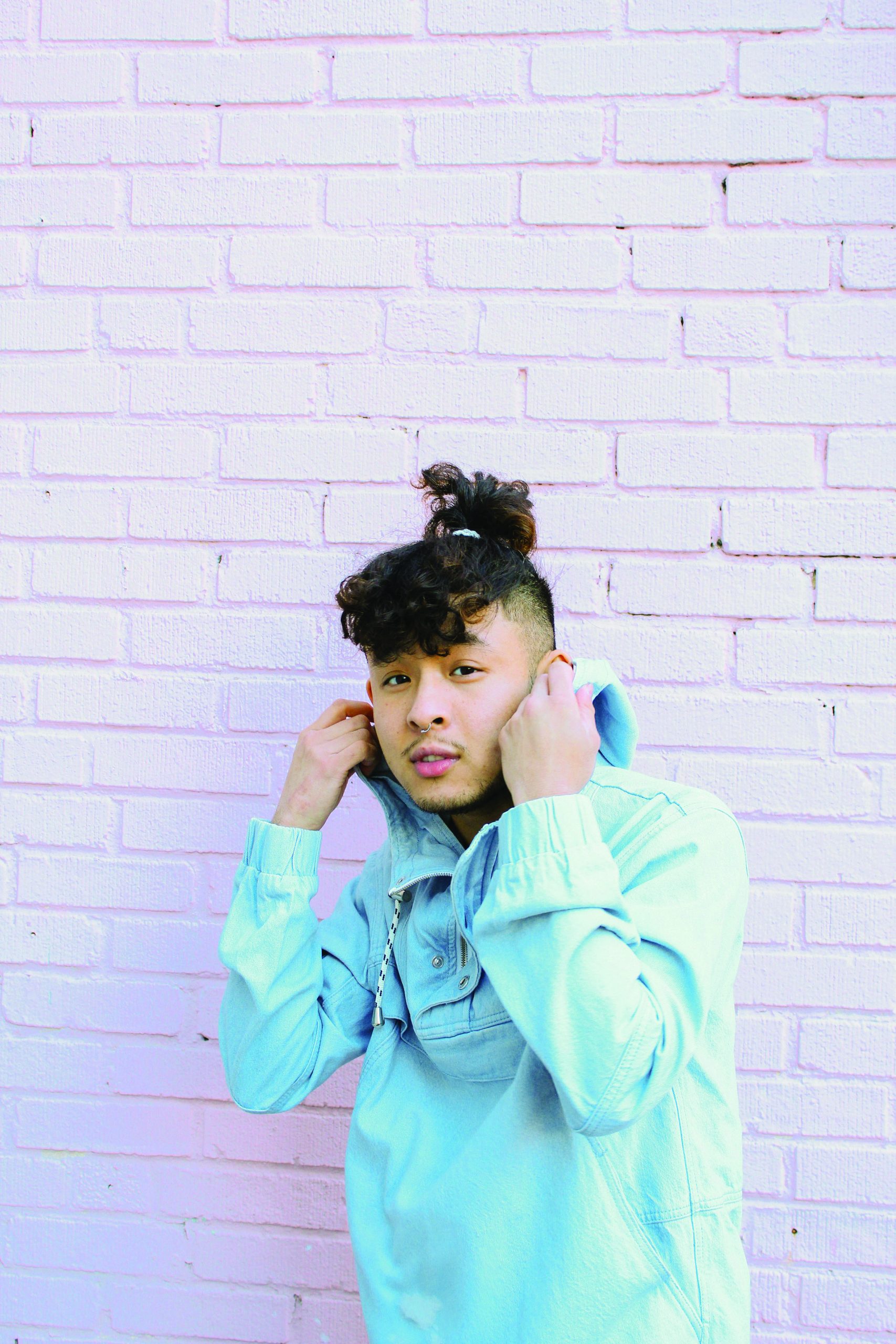 Alex (Class of 2012) describes himself as being “really depressed and dealing with social anxiety” prior to his enrollment at YouthBuild. Being one of the only Asian-American students in his class – as well as openly transitioning genders – initially created some alienation from his peers. When he told a staff member during mental toughness that he wasn’t sure he would continue at the school, he was told “we will be there for you – you’re not facing any of this alone.” With this support, Alex was able to thrive in every way while at YouthBuild and beyond.

Early on, he opted out of some more socially-inclined school activities and events, but eventually gained confidence through conversations with counselors and other staff members, as well as gaining inspiration from schoolwide meetings. “Mr. Ameen just brought so much energy; he really helped me to recognize my broader impact.” As part of the healthcare track, Alex also got to meet many professionals and guest lecturers, including one who had a significant impact on his values – a relationship he maintains to this day. “YouthBuild helped me with my confidence and showed me it was OK to take risks – I continue to give back to others through my experience and what has been fostered in me.”

Inspiration for Alex came when he was able to attend his first college class in graphic design through YouthBuild’s dual enrollment partnership. An avid art hobbyist, Alex says “the class was my first introduction to graphic design; I got an A in it, and it made me want to focus more on my art.” Starting to become a bit more comfortable in social settings, Alex was introduced by a partner to “a group of artists, rappers and musicians” who helped to push his boundaries creatively and impacted his art and career decisions. “At that point, I switched my college major from liberal studies to graphic design.” This past Spring, after attending school while working full-time, Alex earned his Associate’s Degree in Graphic Design, and will continue towards his Bachelor’s at University of the Arts once it is safe to do so in person.

He continues to work as an artist under the name Arekusn, and recently had a piece called “Love, Peace and Soul” displayed as part of a local artist exhibition at Philadelphia International Airport. “The piece incorporates a lot of color and patterns, and was inspired by my personal motto – keep hope, faith and love alive. All of those values would make the world a better place.” In addition to graphic design, he’s also branched out into photography and continues to support fellow artists and strive for social justice through his work, including helping to design this year’s brochure and other campaign elements. 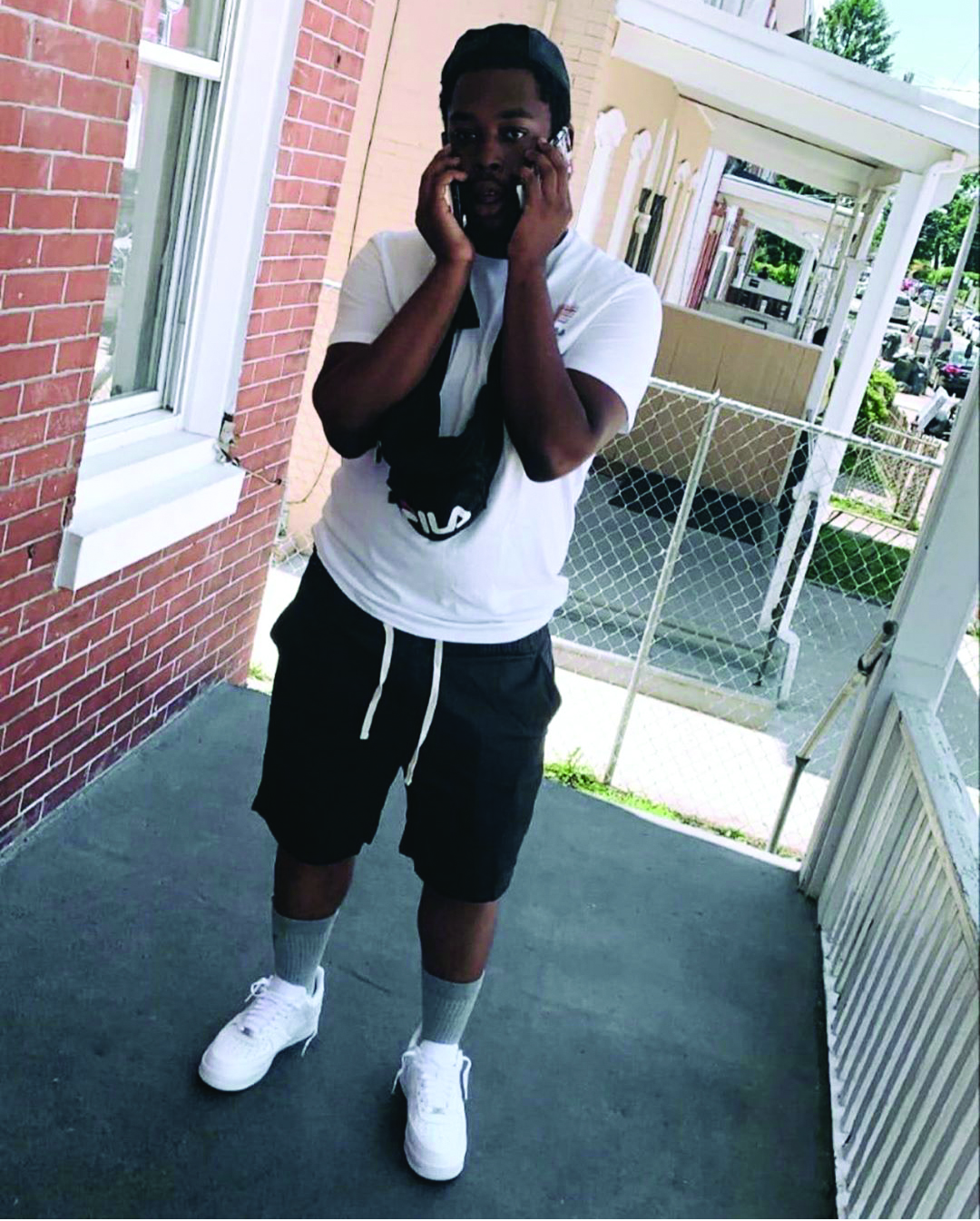 How Roland (Class of 2017) started at YouthBuild was a bit of a blur. “I don’t even remember applying – I just got the invitation to visit, and took advantage of the opportunity.” At previous schools, he had never felt challenged academically, and as a result, sometimes fell in with “the wrong kind of people.” He left school, but always felt like not having a diploma was “something that held me back.” When he came to YouthBuild, things started to change.

Self-described as someone who “was never a social person,” Roland very early on latched on to a quote from the school’s Director of Student Life, who encouraged students to “become comfortable with being uncomfortable.” This, in part, provided inspiration for Roland to reconnect with his passion for music and performing. Despite “not talking to anyone” early in the year, Roland proudly and confidently shared his “I Am From…” poem with classmates, and quickly reinvigorated himself to get back to writing and performing.

A veteran of Philadelphia’s youth slam poetry circuit, it had been years since Roland had performed in front of an audience like that. But he joined YouthBuild’s music club and began to write, collaborate and perform again – including at his own graduation ceremony. “I never in a million years thought I’d be performing at something like that – it was my most meaningful performance;” he remembers – humbly, coming from someone who’s performed dozens of shows at some of Philly’s most famous venues.

Since that time, Roland has continued to write, record and perform – but has also been working as a producer and engineer, and is putting the finishing touches on his own recording studio. “I’m going to call it Home, because it’s designed to feel that way.” The studio will also be a pathway for Roland to mentor and support younger artists, providing a refuge for them in addition to inspiring their own careers – “My mentor got to know me as a friend and helped me grow as a person – I want to do the same for others still coming up. I’ve just lost too many people who didn’t have anywhere to go; but I’ve also met so many young artists and welcomed them to this family.”